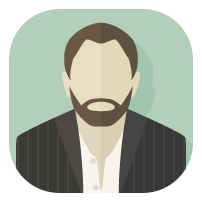 Were you involved in an auto accident while backing up? Unfortunately for many drivers, the assumption is often that the driver who was in reverse was at fault. But that's not always the truth. How can you prove that you weren't at fault and get the compensation you need from those truly responsible? Here are a few things that can help.

1. Who Has the Right of Way

In most cases, the vehicle driving straight has the right of way compared to those backing up and turning. However, right of way isn't an all-or-nothing rule. It's a guideline, and a number of special circumstances can create exceptions. So just because the other car had the technical right of way, don't give up defending yourself.

It may seem obvious, but a key factor is which vehicles were in motion when the accident occurred. After all, you can't generally cause an accident if you aren't going anywhere.

Perhaps, for instance, you saw the approaching car and stopped in time to avoid an accident. But the driver was going too fast to stop, hitting you. You yielded to their right of way, but they continued moving. Although you were technically still in reverse, you may not be at fault.

3. Negligence by the Other

Even though you may have some liability due to being in reverse, the other driver can share responsibility. Many drivers speed through parking lots without regard for safety. The other driver may also have been texting, intoxicated, or even playing with the radio. Any of these factors may make them negligent.

4. Hazards on the Property

Along with the other driver(s), the property owner can share some liability. Were they negligent in how they managed the parking lot, creating dangerous conditions that would inevitably lead to accidents?

Some of the most common types of owner negligence include failure to maintain the private roadway, creating blind corners, failure to post warning signs, causing distractions for drivers, and not clearing surfaces of ice and snow.

One of the most important components of determining fault is eyewitness accounts by those around the accident. Good eyewitness testimony can help you prove the other driver was negligent, that you practiced defensive driving, or that weather conditions were adverse.

Could any of these factors help you defend yourself against accusations of fault in a backup accident? If so, start by learning more about them. Meet with an auto accident lawyer in your state today.